Automation, Infrastructure and Acceptability, a report on an event at the Institution of Civil Engineers on 17 September 2019 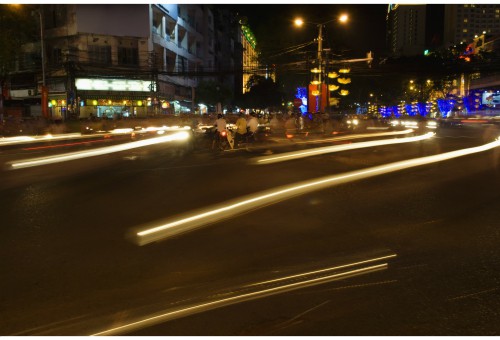 Professor Neville A. Stanton, Director of the Human Factors Engineering Team, Transportation Research Group, at University of Southampton spoke about driver’s reactions to automated vehicles, and explored the question: why do partially automated vehicles crash?

Over the past two decades, Professor Stanton and his research team have been testing the effects of automated driving on drivers: in simulators, on test-tracks, as well as on open roads.  These studies have revealed that drivers of automated vehicles are less able to respond in an emergency than when driving manually.  Professor Stanton asserts that the role of monitoring automation continuously with the task of intervening only very occasionally is almost impossible for drivers to undertake effectively, particularly for an extended duration.  In fact, if drivers attempt to monitor, as they are expected to do, it actually places greater mental demand on them than driving manually.  In any case, they cannot sustain this level of attention for long.  What happens, in reality, is that drivers adopt a more passive ‘passenger’ mentality and start engaging with other tasks and devices in their vehicles.  Watching vehicle automation for any extended period is very boring.  These studies have led Professor Stanton and his team to the conclusion that partially automated driving (where the driver is expected to monitor and intervene) is a really bad idea.  In this provocative presentation, he presented some of his research team’s studies in simulators and on UK roads to explain why partially automated vehicles crash.

Kate Carpenter, Divisional Director (Operational Road Safety) for Jacobs, spoke about the infrastructure implications of a mixed vehicle fleet.  Kate discussed some of the impacts of current and upcoming AV technology on road infrastructure.  For example, we have engineered our urban and rural roads to improve safety and traffic flow in ways that take advantage of the ways that human drivers behave, but which can have unintended consequences with driver assistance technology, let alone autonomous control.  Each element of vehicle technology and each highway design feature can raise challenges that vehicles will need to address, and which individual manufacturers may answer differently.  Kate discussed some of these coming challenges for highway authorities and the pedestrians, cyclists, motorcyclists, motor vehicle and all other users of the roads.

Kate’s presentation highlighted that autonomous vehicles rely on road signage for some inputs, with some very modern road environments now having significantly less signage and road markings in place, this reduces the amount of information relayed to the autonomous vehicle.  This would tend to reduce the reliability or functionality of the autonomous vehicle.  In these reduced information environments, operational experience indicates that human drivers actually have less accidents since they are able to concentrate on the actual environment rather than compliance with multiple signs.  This highlighted how autonomous vehicles may need a different and more structured road environment to operate most effectively, leading to addition considerations in the design and maintenance of the road.

George Filip, Knowledge Transfer Manager, Connected and Autonomous Vehicles, for Innovate UK spoke about connected and automated vehicles and the hazardous journey ahead.  Although ever constant in the news coverage around the world, Connected and Automated Vehicles (CAVs) face a series of difficulties towards their emergence on the market.  The presentation covered the current state of the art for CAVs in the UK, their promise as well as the obstacles they are facing.  In particular this knowledge transfer network is concentrating on specific interfaces and bringing together technical specialist for different disciples and areas to derive new technological solutions.  This is a very fertile environment for development and could have significant spin off benefits in developing quite targeted solutions by identifying organisational synergies.  In this way the innovative and prototyping abilities of smaller organisation could be matched by the development and scale up abilities of other organisations, allowing both the functionality and reliability of such systems to be developed at the earliest stages.

Find out more or adjust your settings.